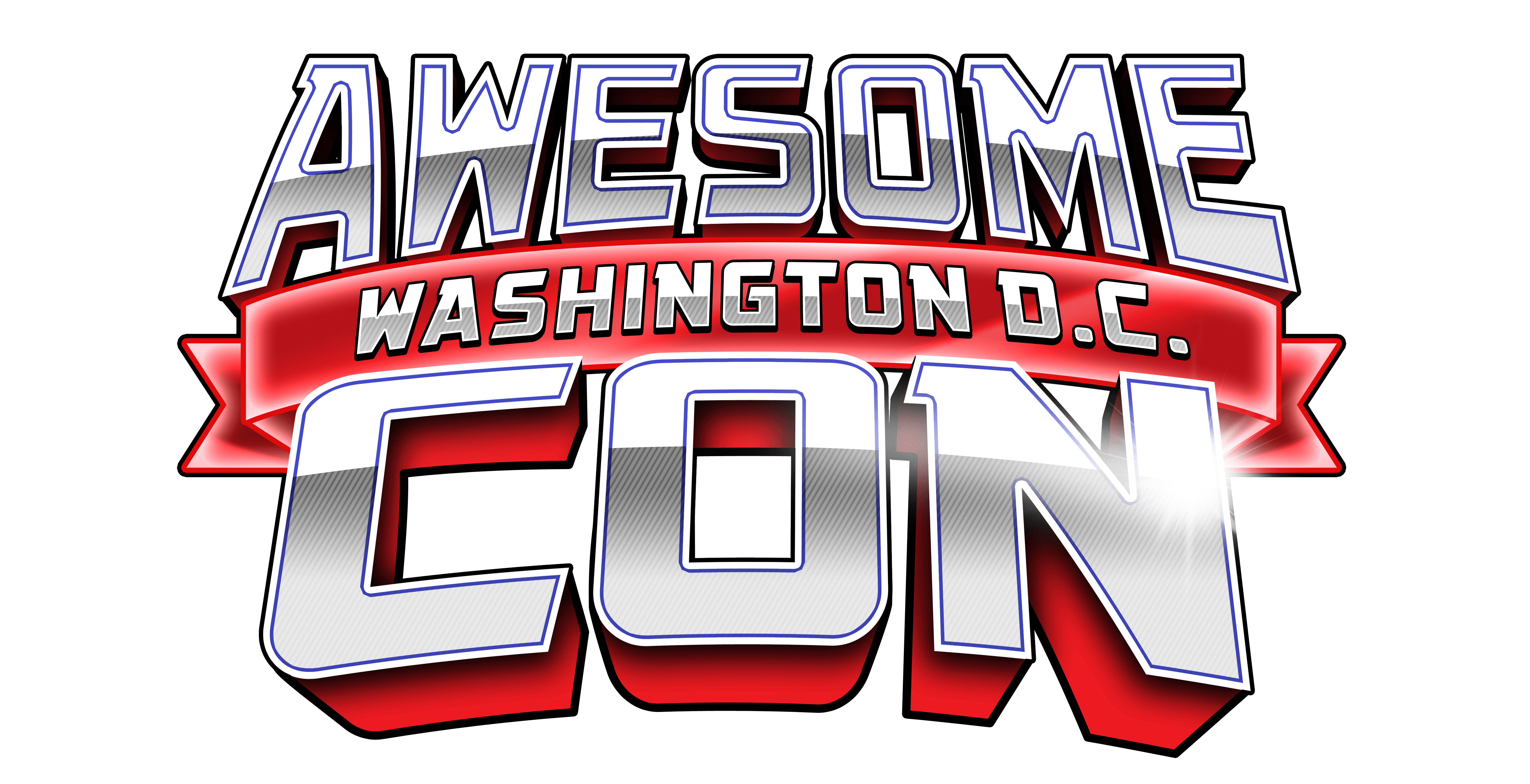 If you’re in Washington DC this weekend, then you should definitely check out AwesomeCon. The event, created by Ben Penrod, is a fan-based convention that was funded via Kickstarter 4 years ago. I attended last year and was also on a panel. (As I am this year.) It’s centrally located at the Washington Convention Center, there’s programming for kids, cosplayers and even has stars stopping by. My favorite part of course, is Artists Alley, which is a lot more fun than the crowded wall-to-wall craziness of NYCC. For more info check out the press release below. And don’t forget to check out the panel I’m on Full Spectrum: Why Color in Comics Matters Friday, 6/16/2017 / 6:00 PM – 6:45 PM / 144 BC “This year we’ve doubled down on our programming efforts,” said Awesome Con founder Ben Penrod. “From Future Con, to Awesome Con Jr, to our LGBT creators showcase Pride Alley, and to our most robust celebrity guest list yet, Awesome Con has grown by leaps and bounds into a fan convention unlike any other.”

Highlights from Awesome Con 2017 include: Hear from some of the biggest influencers from the world of pop culture and comic books at panels, screenings, Q&As, and more. Events include:

·         David Tennant Explores Time and Space (10:30AM – June 17 – Main Stage) – Actor David Tennant, who ‘visited’ the furthest futures while playing The Doctor on BBC’s Doctor Who, joins experts Dr. Grant Tremblay and Dr. Matt Shindell on Awesome Con’s Main Stage to discuss the outer reaches of the galaxy. They’ll cover topics including Doctor Who, what’s really going on out there among the stars, and answer questions from the audience. Seating begins at 9:30 AM.

·         Edgar Wright: Meet the Director of Baby Driver (2:00PM – June 17 – Main Stage) – Meet Edgar Wright, the director of popular film juggernauts including Scott Pilgrim vs. the World and Shaun of the Dead, and get a first look at his new film Baby Driver. Wright will share insight into his career and the creation of Baby Driver, with giveaways and extra surprises planned for fans. Hosted by Felicia Day.

·         The Guild Reunion with Felicia Day, Sandeep Parikh, Amy Okuda, Jeff Lewis, and Robin Thorsen (11:30AM – June 18 – Room 146) – Cast members of The Guild, the award-winning original web series, reunite to talk about working with each other, their careers, and new projects, and answer audience questions.

·         Representation Matters with Bryan Turner, Jerry Gaylord & Penelope Gaylord (3:30PM – June 16 – Room 152) – How important is it to see characters and creators that look like you? Join Identity Comics Studio and the “Loading Snacks” crew for a discussion on diversity in media, from the characters leading stories to the creators behind them.

·         Brave New Girls: Women in STEM (5:00PM – June 17 – Room 146) – Some of the greatest scientific advances in history have been made by women, but girls are seldom encouraged to explore the sciences. Future Con presents a panel of scientists jointly discussing the achievements of female scientists, women’s roles in STEM today, and the need for advocacy to create the next generation of female scientists, engineers, and astronauts. With speakers from NASA, the National Science Foundation, and more. Hosted by Nerdist’s Jessica Chobot.

·         NASA’s Space Lasers (4:00PM – June 16 – Room 143) – Explore the latest laser technology and the key science behind missions helping us investigate our home planet and beyond. Engineers and scientists will take you behind the scenes of missions like the Ice, Cloud, and Land Elevation Satellite 2 launching with green lasers in 2018, the Lunar Reconnaissance Orbiter currently orbiting the Moon, and more. ·         GeekDad Celebrates Father’s Day: Raising Geek Generation 2.0 (1:30PM – June 18 – Room 149) – Join some of the writers from GeekDad.com and their kids for a discussion about raising the next generation of geeks. Topics covered will include introducing various fandoms to kids, sharing old and new geeky passions, and determining what’s age-appropriate. ·         Let’s Go LEGO! (1:00PM – June 17 – Awesome Con Jr Stage) – Cartoonist John Gallagher shows you and your kids how to draw LEGO versions of your favorite characters. Come expand your art skills and take home the art as a souvenir.

·         Making LGBT+ Representation Matter in Fiction (5:00PM – June 16 – Room 144) – Engage in a lively conversation about LGBTQ+ characters in fiction and what creators are doing, or not doing, to foster representation.

·         A History of LGBTQ+ Representation in Comic Books & Television (June 17 – 12:30PM – Room 144) – Learn about the history of LGBTQ+ representation in Nerd Culture through discussion of the most iconic LGBTQ+ characters in anime, comic books, video games, and television. The important dialogue will conclude with thoughts on the importance of LGBTQ+ characters in the media and pop culture.

·         Pokémon, Musicals, & Gay with Voice Actor Jamie McGonnigal (4:30PM – June 17 – Room 144) – Fans will have the opportunity to discuss Jamie McGonnigal’s impressive resume including his voice work on Pokémon and Yu-Gi-Oh!, his global LGBTQ+ activism, and his career as a Broadway producer. From questions about how to get started in voice acting to how to come out to your high school anime club – nothing is off the table! ·         NRG at Awesome Con (11:00AM-2:00PM – June 18 – East Salons G-I, Booth 16) – Fans of video games and esports will have a unique chance to meet players from NRG Esports’ Counter-Strike: Global Offensive (CS:GO) team at Awesome Con on Sunday, June 18. Events DC, the official convention and sports authority for the District of Columbia, will host the NRG CS:GO team’s visit in Awesome Con’s Video Game Room in East Salons G-I from 11:00AM to 12:00PM for a live gaming experience, followed by an autograph session in the show’s Exhibit Hall at booth 16 from 1:00PM to 2:00PM. 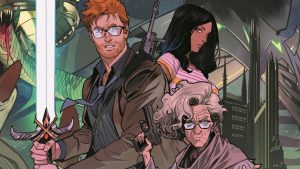 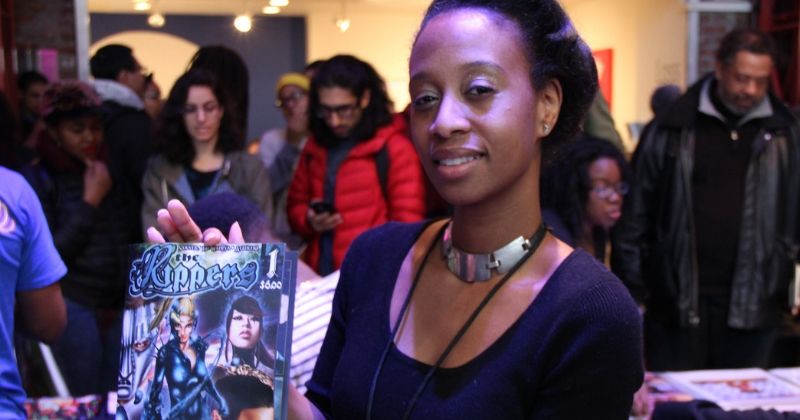 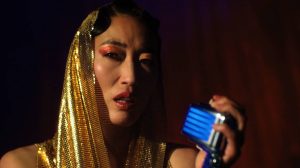