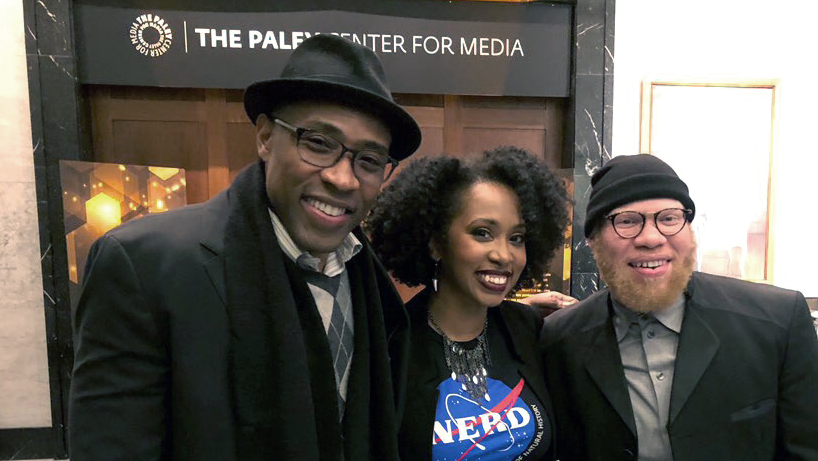 An Electrifying Conversation with the Stars of Black Lightning

On Monday, January 11, 2019 the Paley Center for New Media here in NY featured the stars of CW’s hit show Black Lightning. I was lucky enough to have a discussion with Cress Williams who plays Jefferson Pierce (a.k.a. Black Lightning) and Marvin Jones III (rapper stage name KRONDON) a.k.a. Tobias Whale. Who is Black Lightning’s nemesis. This was actually not my first time speaking with both actors. I spoke with both Cress and Marvin during my Black Lightning set visit in the fall, and Cress was kind enough to make room in his schedule that same week to close out the NYCC live with me in October.

Black Lightning was a comic created by Tony Isabella and Trevor Von Eden for DC Comics in 1977.  Fast forward 40 years to 2018 and Black Lightning premieres on the CW. After an amazing first season it was picked up for a second season and a 3rd season was just greenlit.

The evening started with a screening of the latest episode (Season 2; Ep13: “Book of Secrets, Chapter 3: Pillar of Fire”). Followed by an intimate conversation with both actors about the roles they play and how the concept of Good vs. Evil plays out on the show.  This season there’s been a lot going on. Jefferson lost hi job as school prinicipal and has been demoted to teacher. Jennifer’s powers are increasing, Anissa is pretty much a full-time vigilante (with Gambi’s help) and Lynn is doing her best to try and save all of the “green light babies”. Williams talked about how he actually had a conversation with the hair and makeup department about letting his beard and hair grow out on the show. Stating, “With all he’s going through, when is Jefferson actually going to the barbershop for a cut?”

Jones also talked about the reality of playing a villain in a genre that sees so few black men portrayed well at all. He was very focused on the humanity of Tobias and the fact that there has never been a character with albinism in a lead role like his on television. “We are all better than the worst thing we’ve ever done.” Jones’ favorite quote from Man on Fire, is his mantra when getting into character. “I want everyone to see Tobias as very human. A very flawed human, but his upbringing made him who he is.”

We also had a very funny conversation with Williams about the animated series Young Justice. In Seasons 1 and 2 Williams voiced John Henry (STEEL) and in the new Young Justice: Outsiders, there is a scene where STEEL has a conversation with Black Lightning. Cress says, “Watching that scene was very meta for me.” He also joked about the animated version of Dr. Jace. who is actually Jefferson’s love interest, much to Jones’ surprise. 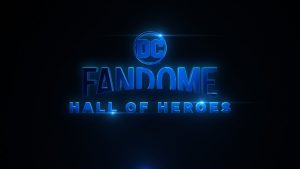 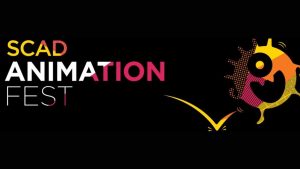 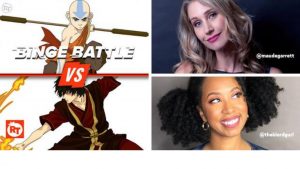 How well do you know Avatar: The Last Airbender?