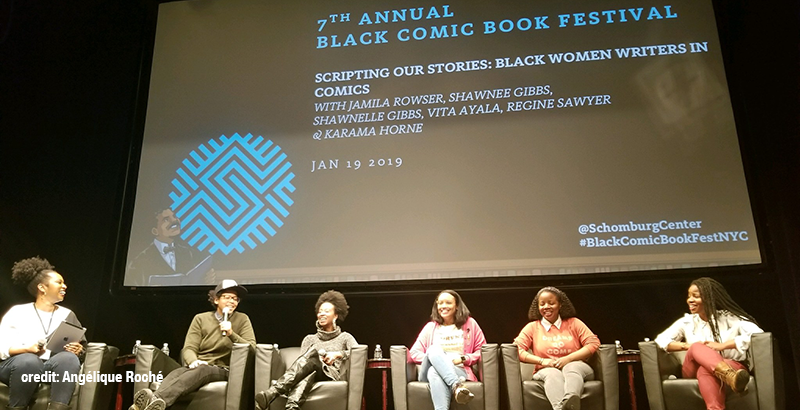 On Saturday, Jan 19 2019, I had the pleasure of hosting a panel called Scripting Our Stories: Black Women Writers in Comics which closed out the Black Comic Cook Festival, held at the New York Public Library’s Schomburg Center for Research in Black Culture in Harlem, NY. The panelists included previous The Radical Geeks guest Vita Ayala who’s written Black AF: Devil’s Dye (Black Mask), Livewire (Valiant), Submerged (Vault) and more! Regine Sawyer, the founder of Women In Comics Collective International and her own publishing company LockettDown Productions was also there to talk about her comics Ice Witch and Eating Vampires. Along with Jamila Rowser, the influencer behind Straight Outta Gotham and girlgonegeek, who is also the co-founder of worldwide organization Geek Girl Brunch that recently launched her own comic book Wash Day. And I was really excited to mee the Gibbs Sisters Shawnelle and Shawnee Gibbs, who wrote The Invention of E.J. Whitaker and have written and produced for everyone from the Food Network to Discovery Channel. 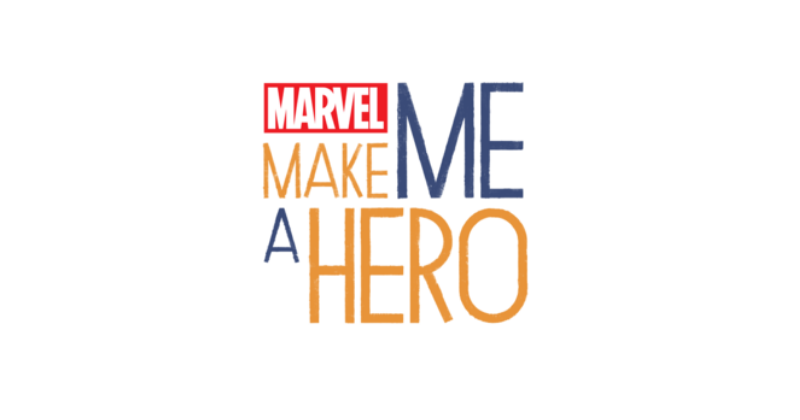 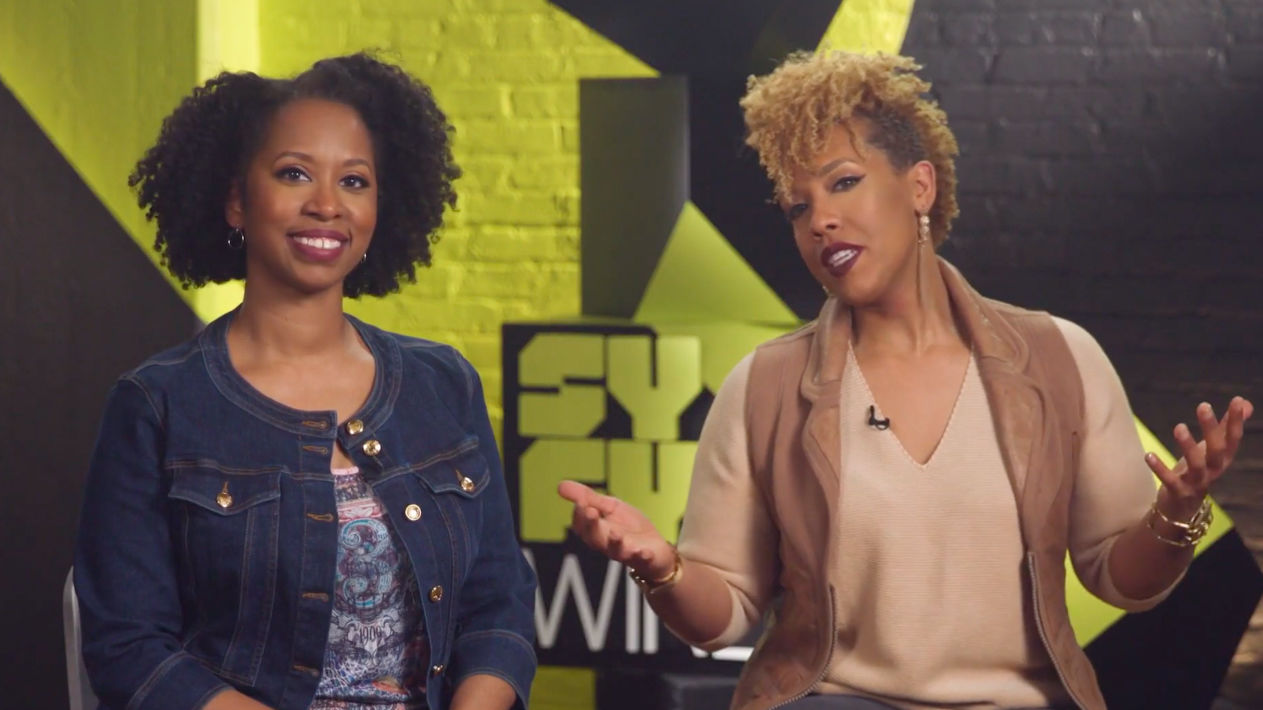 Did You Miss #BlerdHistoryMonth at SYFY Wire?