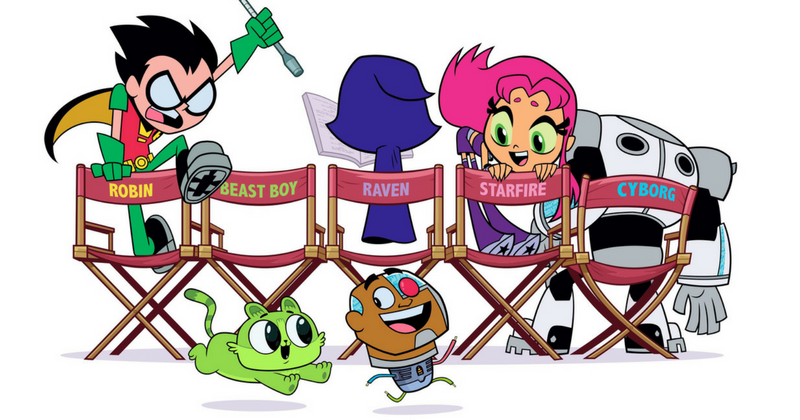 Now if you’re a die-hard fan of the original Teen Titans animated series that aired on Cartoon Network starting in 2003 and you will accept nothing else, this is going to be hard for you. (Well actually, the post-credits scene was made for you, but you’ve got to watch the whole movie first). For those of you who watch the current animated series and think it’s a hoot, you’re gonna LOVE this movie. And if you were like me, a geek who watched the original, didn’t really care that the animation style changed between 2003 and 2013, and are a fan of puns and random acts of song, then you are really gonna have some fun. (mild spoilers ahead) For those of you who have been hearing people talk about how much they hate Teen Titans Go!, or how it has nothing to do with the original, (I even had someone accuse me on twitter of being paid to write this), here’s a little history lesson:

The Teen Titans, (not to be confused with Young Justice) are the teenage counterparts of the Justice League. Bob Haney and Bruno Premiani created the Teen Titans at DC comics which debuted inside of The Brave and the Bold in 1964 with original members Robin (Dick Grayson), Kid Flash (Wally West) and Aqualad (Garth of Atlantis).Wonder Woman’s protégé Wonder Girl (Donna Troy) would join the team a few issues later to round out the founding members of the original Titans. The series has been rebooted and recast tons of times between the 1970’s and now. But the the character lineup we are most familiar with these days is The New Teen Titans, created in 1980 by George Pérez and Marv Wolfman when they teamed established Titans Robin, Kid Flash, and Wonder Girl with new creations Cyborg, Starfire and Raven.

Changeling, (who later became Beast Boy) was brought over from another DC team, (Doom Patrol) and added to the mix. This lineup proved to be a smash hit for DC, turning into one of their top selling titles at the time.  With success on par in popularity with Marvel’s X-Men comics, it even prompted single issue crossover between the two teams in 1982.  In the early 90’s the series had a few false starts and confusing storylines as the series tried to find its footing outside of the regular JLA universe and Detective Comics.

Until 1998 when DC debuted the comic book series Young Justice. Even with a slowed timeline, the characters who made up the New Teen Titans had finally aged out of being called “Teens”. Dick Grayson was now Nightwing, Wally West took over as the The Flash once his mentor Barry Allen passed away, Garth was now called Tempest, and Donna Troy was operating under the moniker of Troia.Young Justice focused on the next group of young heroes, featuring a New Robin (Tim Drake), Superboy (a clone of Superman that debuted during the Death/Reign/Return of Superman storyline from a few years earlier), and Barry’s grandson from the future, the appropriately named Impulse. Mirroring the original Titans, a new Wonder Girl (Cassandra Sandsmark) would join the team a few issues later.

Then in 2003 DC, in a meeting of both of these second and third generation heroes, Titans/Young Justice: Graduation Day was produced in a crossover which, as of this writing, has only happened once in the comics. This mini-series was used to launch a new Titans series meant to feature the best of both teams: Beast Boy, Starfire, Raven and Cyborg And their mentees Tim Drake, Cassandra, Superboy and Impulse (who became Kid Flash). The team up was  also the relaunch of the 80’s Batman-related team known as The Outsiders. (Yes many of those characters will appear in the third season of the Young Justice in 2019, the name Young Justice: Outsiders kinda gives it away). After Graduation Day in ‘03 Writer Geoff Johns helmed the relaunch of the Teen Titans comic (with amazing artwork by artist Mike Mckone). Simultaneously, creator Glen Murakami, dropped a new animated series on Cartoon Network of the same name. (The show also premiered on Kids’ WB!). The lineup on the show was Robin, Cyborg, Beast Boy, Starfire and Raven. On the comic book side, the Johns/McKone run on Teen Titans was the first to feature Starfire, Cyborg and Beast Boy in  prominent leadership roles, (previously held by Robin, Kid Flash and Wonder Girl), in order to keep continuity with the show. Other parts of the original show’s storyline were based on the Pérez/Wolfman run, leaning heavily on baddies like Slade, known as Deathstroke in the comics, (but try getting a name like Deathstroke to fly on a kids cartoon show), Trigon, and the Fearsome Five are all directly pulled from the the mythology the New Teen Titans established in the 80’s.

The original Teen Titans animated series was incredibly successful and ran for five seasons ending in 2006, followed by the feature length movie Teen Titans:Trouble in Tokyo. Deadshot was one of their regular enemies but they fought with a plethora of enemies as well as each other.

Warner Brothers tried to keep some of the momentum going but really didn’t get it together until Warner Bros Animation created Young Justice for Cartoon Network in 2010. Featuring Superboy (the cloned version), Robin/Nightwing, the Kaldur’ahm version of Aqualad (whose first appearance was in this show, later to be brought into the comics based on his popularity), Kid Flash, Miss Martian and Artemis as both Green Arrow and Tigress. Zatanna, Red Arrow and few others joined as the show went on. Despite using the same voice over talent, Scott Menville ( Robin), Greg Cipes (Beast Boy), Hynden Walch (Starfire), Khary Payton (Cyborg) and Tara Strong (Raven), that voiced the characters for the original series in 2003, fans of the original series were NOT pleased with the updated animation and the prepubescent banter not to mention the doubts of some of the actors themselves didn’t help. Former fans made their feelings known across social media and in reviews everywhere. Admittedly, in the original iteration, the team dealt with some serious issues and some pretty intense baddies and in the Go! version, the kids run around solving smaller mysteries like fighting evil sandwiches and rewriting the endings to parodies of Disney movies.

But, the rebooted show continued to climb in the ratings, and at the end of 2017, Teen titans Go! Was one of the highest rated and most profitable shows on Cartoon Network. And those numbers were enough for Warner Brothers to announce Teen Titans Go! To the Movies. What I think of Teen titans Go! to the Movies

With all those different version of the story, character lineups and animation styles, it’s no wonder fans had a lot to say. But you know what?

None of that matters.

The movie really should be taken for exactly what it is, a fun ride around a colorful theme park with some nutty characters who don’t take themselves, or this movie too seriously. At almost every turn, the movie pokes fun at itself and superheroes in general. The Justice League, the Avengers, Disney, Marvel, the TMNTs even Stan Lee and even Shia LaBeouf gets mocked. Although it’s a continuation of the Teen Titans Go! TV show, you don’t have to watch the series to understand this movie. (In the same way you don’t have to watch 3,467 episodes of Bleach to understand Bleach: Hell Verse.) There are funny scenes punctuated by hilarious and ridiculous musical numbers (a la Disney), that will have kids dancing in the aisles (they actually did at my screening) and parents chuckling along.

Now, I’m not gonna lie. This movie is clearly for kids and the parents that raise them. There is some violence, and some of the scenes have dark overtones but nothing a 10 or 12 year old hasn’t seen already in a video game (or that we used to see on Animaniacs honestly. This movie is clearly geared towards the audience that Cartoon Network built for Warner Brothers through The New Teen Titans shorts and the Teen Titans Go! series.

Although I don’t fit the show’s demo, I still had a good time because both the writing and the comedic timing was brilliant. The movie also boasted multiple musical numbers (which were often just as funny). But knowing what I now know about children’s programming and that the original show produced a hit song, it actually makes sense.

In the new movie, Robin is the leader, and like the Pérez and Wolfman classic comics of the 80’s, the team has the exact same roster as the TV show. Robin, (the rest of the team really could care less) desperately wants to be taken seriously as a real superhero like his Justice League counterparts. But, in their world, only superheroes with blockbuster movies are taken seriously. (Actually, that’s true in our world too). And what does every superhero need? A nemesis. And that nemesis (just like the series) in this case is Slade.

The team looks for multiple ways to become famous, from making their own movie, to taking on Slade head on, and even a hilarious time travelling sequence where they attempt to get rid of the competition altogether. (Only to be topped my an even more hilarious reversal of said sequence). Yes, it’s for kids, but directors Aaron Horvath and Peter Rida Michail clearly wrote this for those of us who are old enough to remember classic sci fi and animation like the Animaniacs, Lion King, Back to the Future, Shia LaBeouf and I swear I saw even saw a Necronomicon in there.

At first blush, I actually wasn’t crazy about the characters individually. Robin is super self-centered, (actually, that’s a lot like Dick Grayson when I think about it). Cyborg is basically the 90’s love child of Transformers Jazz and Soundwave, Beast Boy says “bro” way too often for my taste, and Starfire’s innocent yet beautiful reactions got kind of tropey. As for Raven, well, there’s absolutely nothing wrong with Raven which is why she’s my favorite. (She’s also the most powerful of the bunch). Somehow the various personalities fit together like Voltron, and and as a unit help move the story along smoothly even when the plot slows down.

And the amount of guest stars in this film is almost as ridiculous as Deadpool 2. Without looking at IMDB first I dare you to go see it and find Nicholas Cage, Michael Bolton, Patton Oswalt, Wil Wheaton and Lil Yachty….yes. Lil.Damn.Yachty.

Maybe it’s just me, but in this age of adult males threatening violence over race, reboots and boy shorts, I honestly feel that Teen Titans Go! To the Movies is the superhero movie that we need right now. It’s pure escapism with a built-in audience. The creators know that you’re going to to try to compare it to the original series or the comics and they poke fun at that, you and themselves while telling a good old fashioned story about being yourself, no matter what anyone else thinks. When I last checked, that is the very definition of being a nerd. And that post-credit scene proves it.

Crack an egg on it.

A big Thank you to Jermaine McLaughlin who edited this post and helped me fact-check my comic book history so you don’t have to. 😊 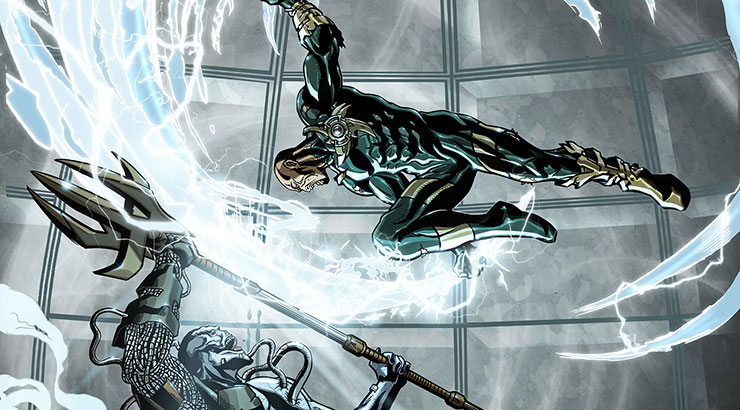 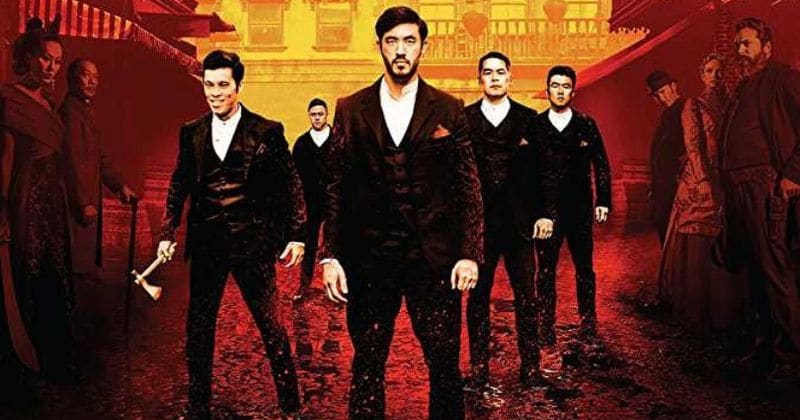 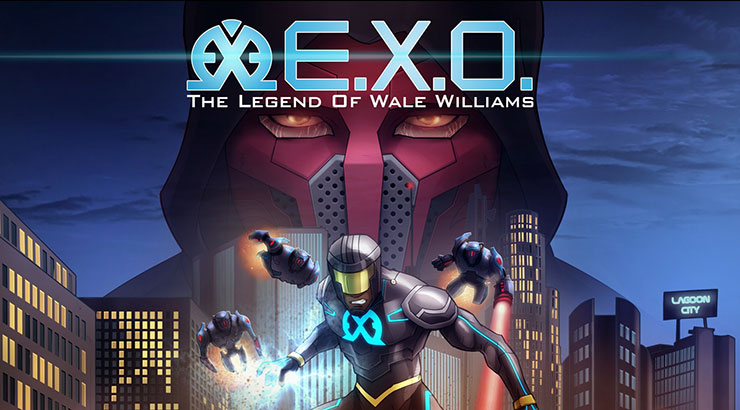