If you can’t wait until January 9 for the final half of the anime series Attack on Titan Final Season Part 2 to return, then Funimation has you covered. This weekend, the streaming service will drop a collection of eight special OAD (Original Animation DVD) episodes of Attack on Titan all at once on Sunday, December 19, 2021.

Available to stream for the first time, each 23-minute episode will draw from untold stories that take place before and between the first three seasons of the widely acclaimed anime series that began in 2013. All episodes will be subtitled in all of Funimation’s global territories, including the United States, Canada, United Kingdom, Ireland, Australia, New Zealand, Latin America, and on Funimation’s European streaming service Wakanim. Audiences can look forward to dubbed versions later in 2022. The collection of Attack on Titan OAD episodes will also be made available to stream on Crunchyroll.

During the time Eren, Mikasa, Armin, and the rest were cadets acquiring the skills and knowledge to defeat Titans, elites of the Scout Regiment under Erwin’s command initiated the 49th Exterior Scouting Mission. Hange suggested to Erwin that they capture a Titan, but due to the risk being so high, Erwin’s never been willing to go along with the idea. Around this time, Miche discovers a Titan. Unable to completely give up on the idea of capturing one, Hange makes a mad dash to be the first to arrive on the scene…

Episode 2 – The Sudden Visitor: The Torturous Curse of Youth

In the year 849, the 104th Cadet Corps Class takes part in training for a hypothetical attack in Trost District, with Commander Pyxis on hand to observe. In the midst of training, a squad consisting of Jean, Armin, and Annie clashes on the front line with a squad consisting of Sasha, Conny, and Reiner. After training ends, it’s Commander Pyxis who shows up to mediate between the two arguing groups. Unable to stand by and watch the situation play out, he offers a certain suggestion to Jean and the others…

The training imposed on the 104th Cadet Corps Class this time is to split into two squads, and perform a round trip over a stretch of wilderness about 30km in length. There’s a report from Daz in Squad 2 that his omni-directional mobility gear was stolen on a path alongside a forest. There’s no information about anyone living in that vicinity, and Reiner and the others begin to sense that a gang of thieves is around…

How did Levi become humanity’s strongest soldier?! This is the first part of the hit spin-off anime adaptation No Regrets, which depicts the first meeting between Captain Levi and Commander Erwin. The Underground District… It was located beneath the safest region, where a chosen few lived within the protection of all three walls. It’s what remains of the abandoned project to migrate the populace underground. For those born and raised in the shadow of the gorgeous royal capital, it was not unusual for them to live their entire lives without setting foot on the surface… It’s there that Levi, Furlan, and their newly-added companion Isabel live, when one day a new client comes calling…

According to a deal they made with Erwin, Levi, Furlan, and Isabel joined the Scout Regiment. But this was a ruse, in order to honor a separate deal they’d struck with Lovof! The trio watches for Erwin to leave himself open, and they seek to carry out their plan during an exterior scouting mission … But little do they realize the menace of the Titans waiting outside the walls, or the importance of the decision that’s been placed in their hands…

On that day, Annie Leonhart awoke in her barracks. It was a perfect awakening, on the morning of her day off. However, her scant sense of freedom was soon negated by a sigh. All because she soon recalled the impending task she’d have to perform tomorrow: “Capture Eren Jaeger during the Scout Regiment’s 57th Exterior Scouting Mission.” With that task close at hand, this girl now experiences a story nobody knew about.

The Military Police Regiment has been commissioned to search for a runaway. Having been delegated this mission by Hitch, Annie tracks down the whereabouts of a wealthy man’s daughter, eventually coming up against the darkness infesting Stohess District… This is the untold tale of Annie’s experiences just before her task of capturing Eren.

It was raining on that day, too… Mikasa’s spirit goes back to that quiet, warm life in the forest. And then, to an encounter as it might have been, one with a boy who changes a girl’s world… This dreamlike story is of nine-year-old Eren and Mikasa, who’re held together by a strong bond. “You might be the only one who can protect Eren from that immense power.”

The first episode of Attack on Titan Final Season Part 2 will be available on Funimation, Crunchyroll and Hulu starting on January 9, 2022.

In the epic continuation of the worldwide anime phenomenon, starting with episode 76, the lines between friends and enemies become even more blurred. The War for Paradis explodes in Shiganshina and as battle rages on and the true intentions of the masterminds behind the current state of the world become clear…

Based on one of the best-selling manga series of all time, having sold over 100 million volumes of the manga in print across the world, the award-winning franchise was created by Hajime Isayama. The anime series is currently produced by MAPPA (Banana Fish; JUJUTSU KAISEN; ZOMBIE LAND SAGA) and licensed from Kodansha (AKIRA; FAIRY TAIL; Fire Force; That Time I Got Reincarnated as a Slime). 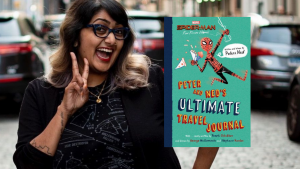 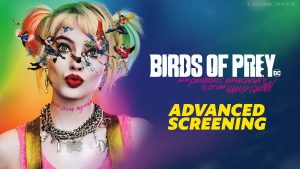 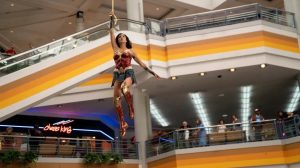