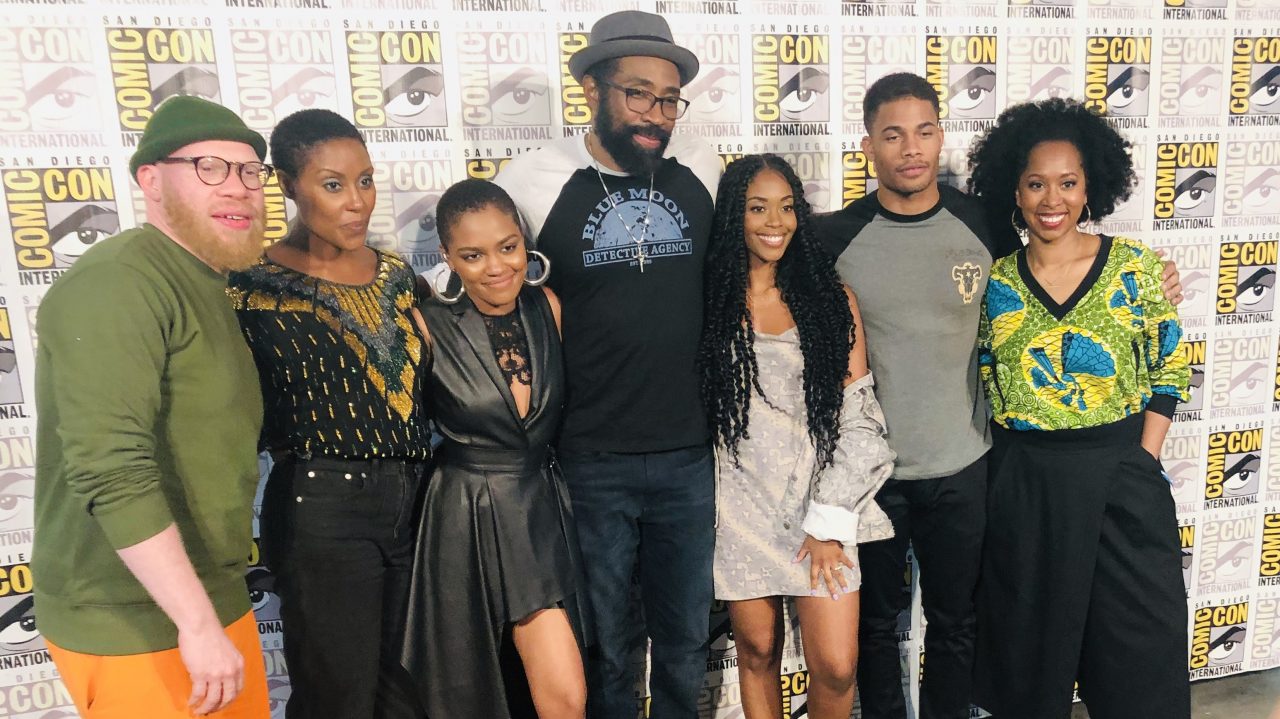 The CW was kind enough to ask me to host The Black Lightning Panel at SDCC last Saturday and I’m thrilled to say that it went really well. I have spent time talking to Cress Williams (Jefferson Pierce/Black Lightning) and Marvin Jones III (Tobias Whale) before, and I have visited the set in the past, but I hadn’t gotten a chance to spend time with all of the actors for an extended period. I have to say the entire cast, including Nafessa Willams (Anissa Pierce/Thunder), China Anne McClain/Lightning, Christine Adams (Lynn Stewart) and Jordan Calloway (Khalil Payne (Painkiller) are all a lovely group of people, who really do care for each other like a family in real life.

The third season of Black Lightning hasn’t started shooting yet, but most of the cast has seen the scripts and is excited about the upcoming storyline. The most excited to be there was Calloway, as it was his first Comic-Con and considering the way Khalil was left at the end of last season, it gave us all hope that his character would be revived and reunited with Jennifer as well. (He’s also a HUGE anime nerd, we were talking about our favorite storylines all the way to the stage!)

In case you couldn’t get into Ballroom 20, Channel Control was nice enough to record the entire panel. (See below)

Did you catch that deep cut reference that Calloway made?

Black Lightning returns to The CW in the US on October 21 and to Netflix in the UK on October 22. 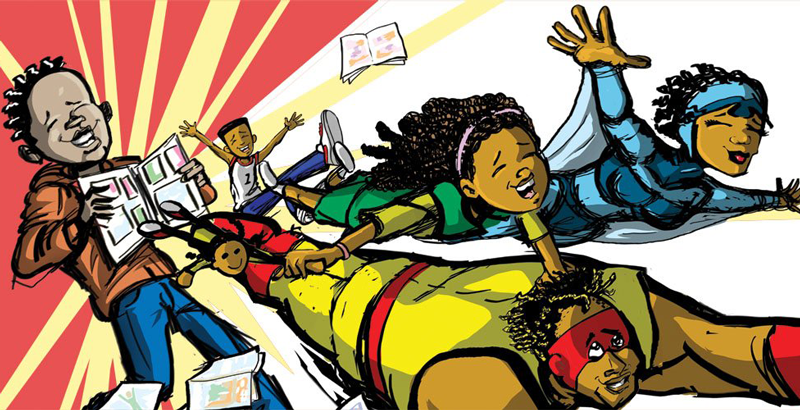 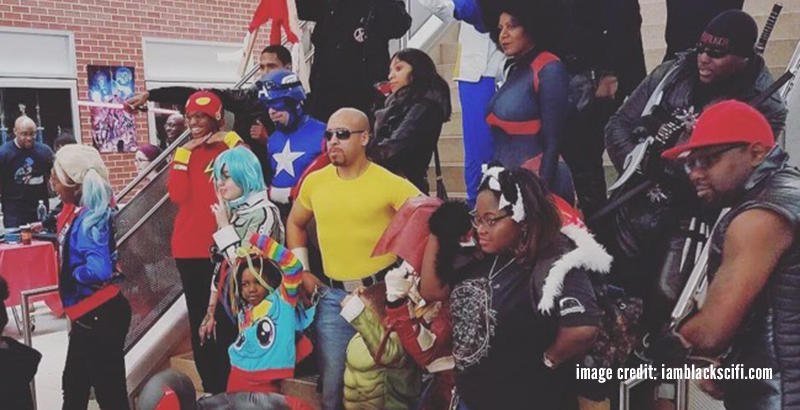