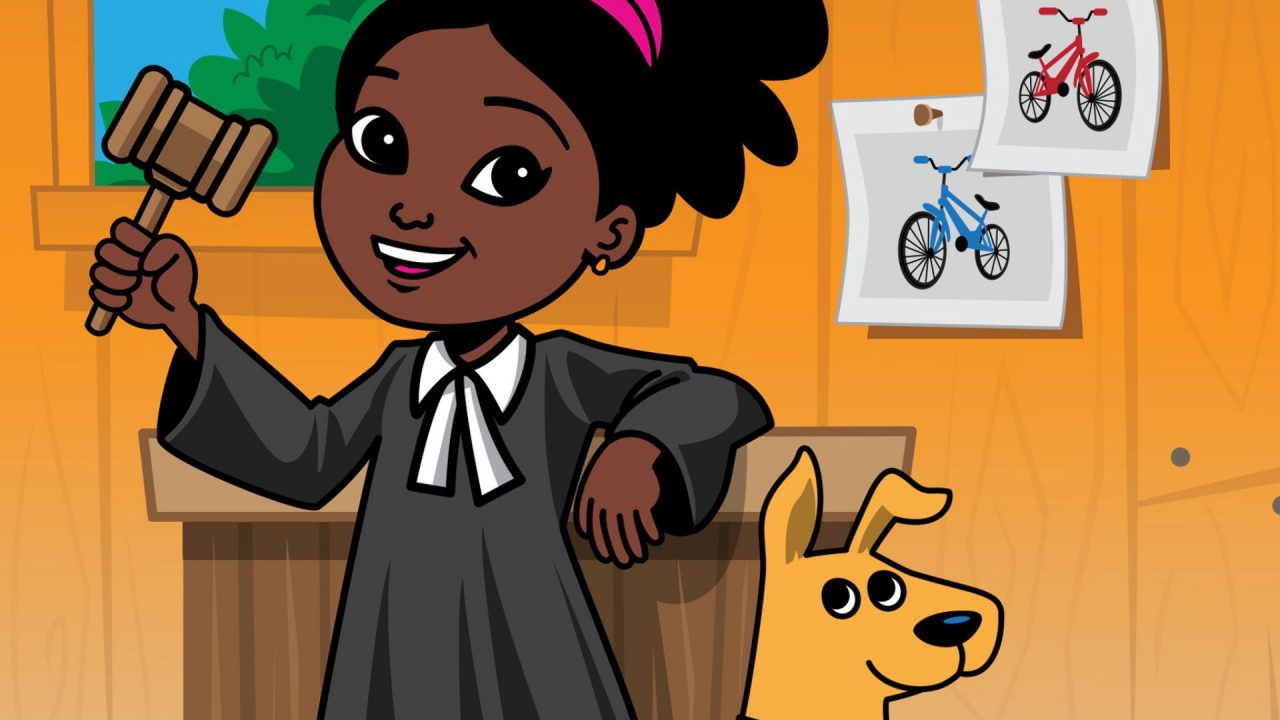 If you ask the average person on the street (that isn’t a lawyer) where they learned the most about the U.S. Court System, they will probably quote you, “Law and Order.” That, coupled with the fact that many people in marginalized communities don’t get educated on the justice system until we are unfortunately within it, led Award-Winning comic book writer and artist Shawn Martinbrough (Batman, Luke Cage Noir, Thief of Thieves) to come up with a concept for a kids comic book to help educate kids on the justice system. Martinbrough collaborated with writer Joseph P. Illidge, the Executive Editor of Heavy Metal Magazine, award-winning filmmaker, video game designer, and toymaker Milo Stone and artist Christopher Jordan to create Judge Kim and the Kids’ Court: The Case of the Missing Bicycles. A kid’s book series that educated kids on the court system’s basics and taught them how to read comics. I got to catch up with Martinbrough and Illidge via email to discuss the project and why they are excited to publish it through Simon and Schuster’s Ready-To-Read Program.

“All of us are alums of The School of Visual Arts in New York,” Martinbrough explained. “Joe and I both worked on Batman for DC Comics. Milo and I had written and directed short films together. Chris is an amazing illustrator, designing for GAP kids and OLD NAVY, and one of the funniest people I’ve ever known. Together, we created the world of “Judge Kim and The Kid’s Court.”

The group teamed up with Simon and Schuster to create Judge Kim and the Kids’ Court: The Case of the Missing Bicycles, a book for children between 6-8 years old that follows Kim Webster, a student who, inspired by her mom, a Judge at the local courthouse, creates her own “Kid’s Court” in her hometown to uncover who’s been stealing bikes from her elementary school. Kim, her brother Miles, his best friend Miguel, and Kim’s friends’ Ally, Simone, and Gabby all take the journey to uncover the mystery and learn about the judicial system from a kid’s perspective.

Judge Kim and the Kids’ Court: The Case of the Missing Bicycles is the first in a series (the second book comes out early in 2023) and is offered at Level 3 in the Ready to Read S&S Program. These books help educators and homeschooling parents get children excited about reading while providing them with practical knowledge about the world around them. Books are categorized into five levels and support everyone from new readers just grasping letters and words to confident learners comfortable with complex sentence structure. In addition, the series educates young readers on how to read graphic novels.

“Comic books used to be one of the first stops for kids on their path to learning the core ethics of society,“ Illidge shared with me, “Now that graphic novels for kids [are mor widely accepted, it’s exciting to be able to introduce the world of Judge Kim and the Kids Court through Simon & Schuster’s Ready-To-Read Graphics format. Which is a starter guide to the language of graphic novels!” Illidge explains.

I was curious about what made the two veteran comic book creators work on a children’s book, as they are even working on projects in the mainstream comic book realm at the time of this writing. However, it seems Martinbrough has always wanted to write kid’s books. “Throughout my career as an artist for comic book publishers such as DC Comics, Marvel, Skybound Entertainment/IMAGE, ComiXology, and Dark Horse, I’ve primarily drawn more mature themed stories featuring adult male characters, “ the creator says, “My mother taught second grade at P.S. 123 in Harlem, New York for thirty-plus years, so creating a project for kids has always appealed to me.”

“I love visiting schools and speaking with children about working together and creating their own stories. So it was an easy emotional leap for me to want to tell stories to kids, “ Illidge explains, “When I worked at Milestone on Static, I often thought about how many kids would be impacted by a comic book series about being yourself, doing what’s right, and living your truth when it’s not the most popular option among your peers.”

Judge Kim and the Kids Court is a fun mystery that will hopefully accelerate children toward empathy, truth, and peaceful conflict resolution.” Illidge says.

Judge Kim and the Kids’ Court: The Case of the Missing Bicycles is out now from Simon and Schuster and can be purchased t fine booksellers everywhere. 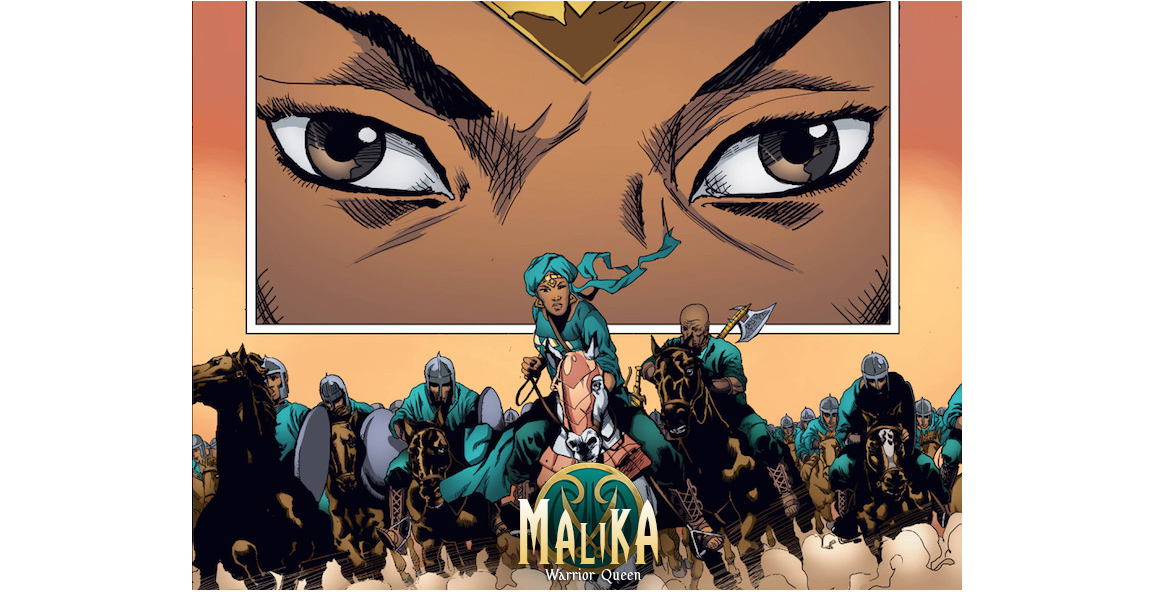 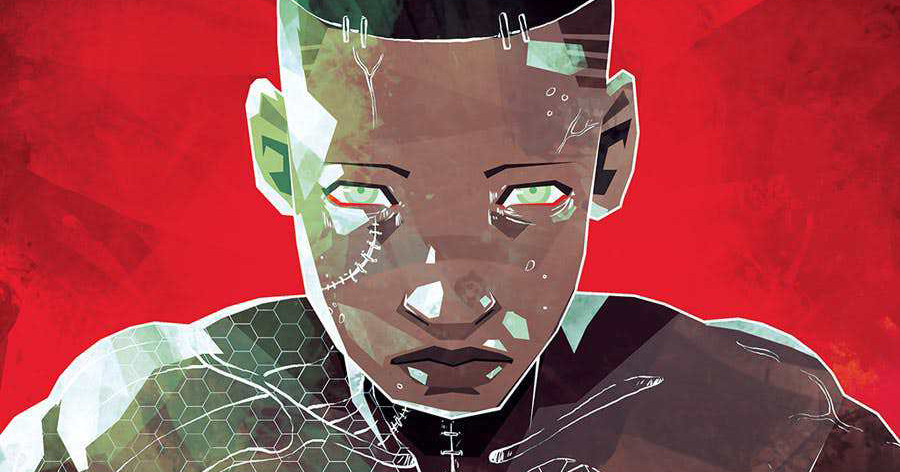