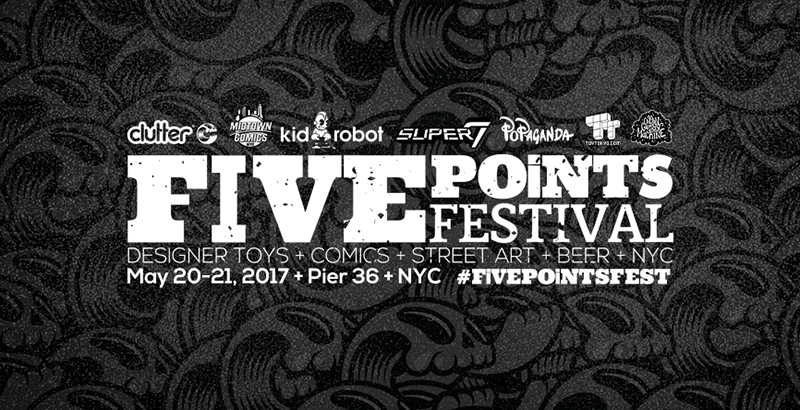 Remember when I first told you guys about the Five Point Festival? Well, here’s an update…

The Five Points Festival, a designer toy and comic convention, lands on Pier 36 in Manhattan’s Lower East Side this spring, featuring a dynamic lineup of counterculture artists and artisans from around the world. The inaugural event is a celebration of comic artists and writers, toy designers and customizers (with an extensive Neo-Kaiju and Sofubi section), original street art, and gourmet food trucks and craft beer presented by Clutter Magazine and Midtown Comics and sponsored by Playcrafting.

Enthusiasts familiar with art toys will have the chance to meet some of the world’s most iconic artists and brands like Huck Gee, Kidrobot, James Groman, Jason Freeny, Ron English of Popaganda, Simone Legno of Tokidoki, Super7, Tara McPherson, and Mighty Jaxx on the show floor, where they will be featured alongside artists from the U.S., Japan, Germany, Korea, the U.K. and elsewhere, some showcasing in NYC for the first time, and all with unique, original pieces for sale. The festival’s ‘Artist Alley’ will be an intimate, curated showcase of some of the most notable comic and toy art from mainstream and independent creators across the world’s emerging pop art scene – with participants including Annie Wu, Bryan Lee O’Malley, Cliff Chiang, Khary Randolph, Magdalene Visaggio, and Sean Gordon Murphy. Anyone who has attended mainstream art shows or comic cons will find something completely unique at Five Points – a gathering of visual innovators, rebels, creators and the misfits who are driving the future of commercial, counterculture art.

Tickets to Five Points also include access to a gathering of some of NYC’s most outstanding craft breweries and food trucks serving during all regular Festival hours. VIP Ticket holders will also have early access privileges each day of Five Points, as well as entry to the 7th Annual Designer Toy Awards presented by Lagunitas on Friday night, the world’s premier accolade for toy artists, and an all-around excellent party. 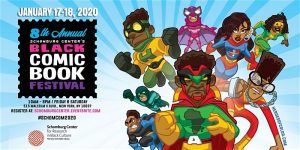 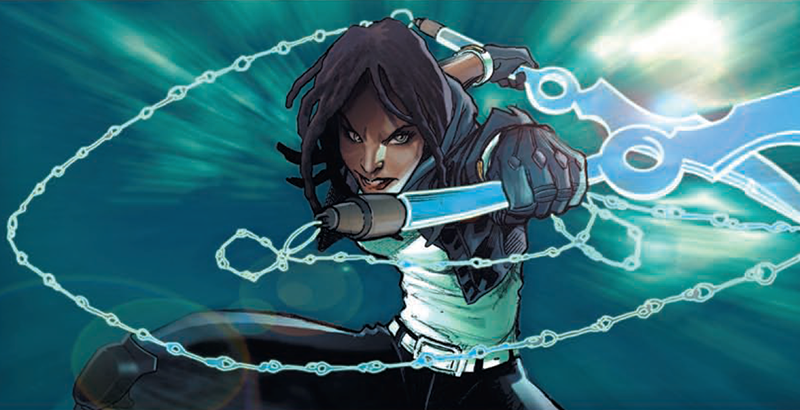